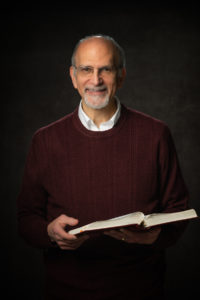 Where do you turn when you want or need a rabbi, but aren’t part of a community that has one? Or maybe you simply don’t have access to one that you’re comfortable with? Rabbi Gordy Fuller established myfamilyrabbi.com just to serve people like you!

Rabbi Gordon Fuller is an open-minded, pluralistic/non-denominational rabbi. He is a member of the Ohalah rabbinic organization of the Renewal movement. He loves teaching, pastoral counseling, and helping people have meaningful encounters with Jewish texts, thoughts, and practices. He is also interested in interfaith work, social justice, and environmental issues. He is a founding board member and past Chair of The Good People Fund, a tzedakah organization, and currently serving on the board of the Howard County Jewish Federation and its Jewish Community Relations Council.

Rabbi Gordy has spent his entire career in the non-profit world and has lived in many places, but mostly Chicago and Texas until moving to Maryland in 2015. He has a B.A. from Northwestern University and an M.A. in Social Work from The University of Chicago. He was ordained privately by two rabbis in the Dallas area. His positions have included camp and youth work as well as directing religious schools and a day school. He also served as Director of Jewish Education at the Dallas Jewish Federation before becoming a rabbi. Since ordination, he led a congregation in Waco, Texas, for 11 years, and in Chevy Chase, Maryland, for one year, and most recently was the Executive Director of the Haberman Institute for Jewish Studies. He also co-authored two books, Coping with Adversity:  Judaism’s Response to Illness and Other Life Struggles with Dr. Joel Roffman and Jews and Christians Together: An Invitation to Mutual Respect with Dr. Christopher Van Gorder.

Rabbi Gordy has worked with and taught preschoolers through senior adults. He loves officiating at lifecycle events and sees his primary role as one who shows people the wealth of values and wisdom that Judaism has to offer them that can be helpful in their personal lives. He also enjoys guiding those who are looking for more pathways into Judaism. Wherever you are on your personal journey, Rabbi Gordy is happy to help.